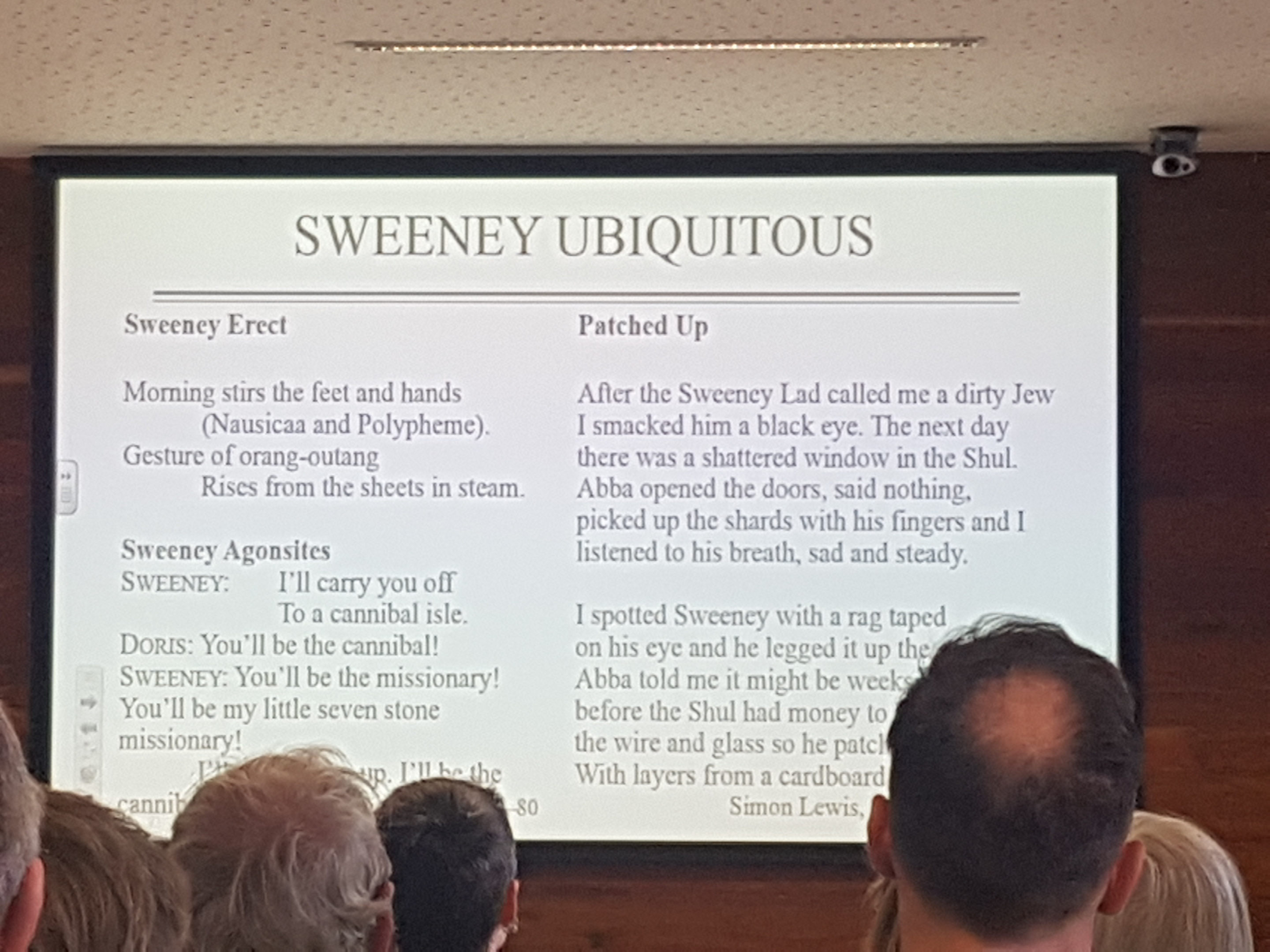 I attended an interesting lecture about Jews in Irish Literature, including “metaphorical” Jews, by Bryan Cheyette in Trinity College. I had heard about the talk as he mentioned that he was going to mention Jewtown. Bryan had a theory that my poem “Patched Up” which featured a boy called Sweeney and T.S. Elliot’s Jew-hating character, also called Sweeney, were linked. I wish I was clever enough to have thought of this link but I’ll take his compliment that it was probably subliminally in my head!