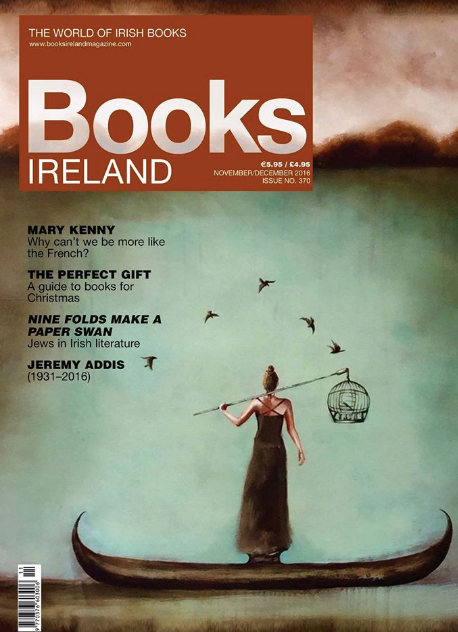 I was interested to see that the new issue of Books Ireland, which features the beautiful cover of Eleanor Hooker’s new poetry collection, also features an article about Jews in Irish Literature. This article is inspired by Ruth Gilligan’s wonderful novel, Nine Folds a Paper Swan, which I’d highly recommend. I’ll be buying the journal as soon as I can to see what “Jewish” literature will be featured. I imagine it will be heavy on Ulysses and might even claim that this might be the first ever Irish Jewish piece of literature. Leopold Bloom is arguably Ireland’s most famous Jewish person, despite being fictional. In my research of Jewtown, I found some Irish Jewish writers who wrote in the late 19th century / early 20th century before Joyce’s Masterpiece, including my own great grandmother, who was a playwright. Her play, Til we meet again, was published and performed. Another Jewish Irish poet was a man by the name of Myer Joel Wigoder, who had his work published. There was one other poet who I found in my research but his name escapes me.

I’m looking forward to reading the article and it’s great to see that we have a couple of new fictional Jewish literary characters through Gilligan’s work. Shem, one of the protagonists in the book, is a thoroughly interesting character and his story is well worth reading the book alone.