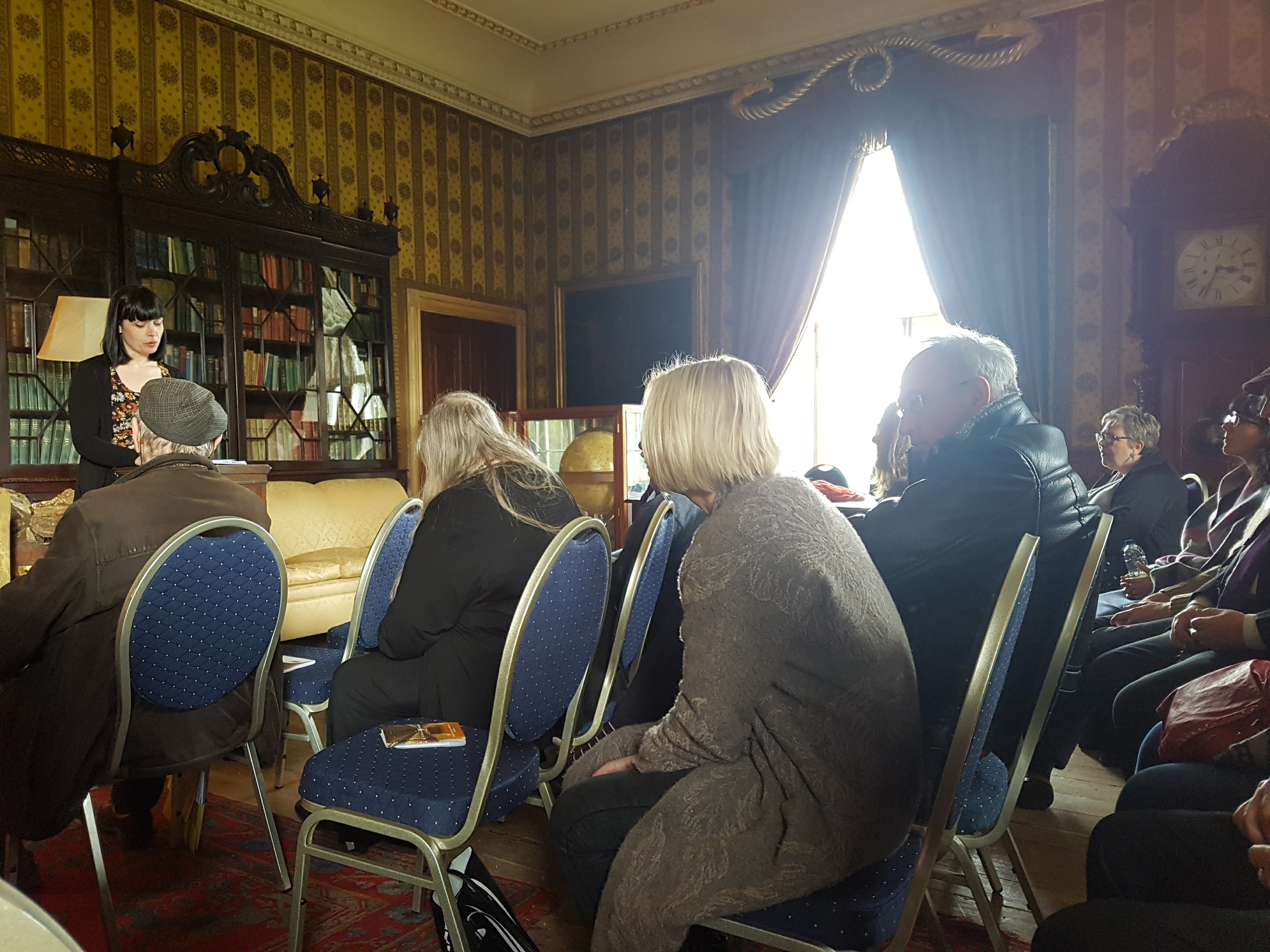 I had a fantastic time at the Strokestown International Poetry Festival this year where my poem, Conception, was shortlisted in their competition. I didn’t realise what a huge prize was up for grabs when I entered for whatever reason so not realising that I was in with a chance to win €2000 was good as they don’t tell you who wins until the very end of the festival after everyone reads their poem. They used to do a countdown to the winner, which they’ve changed now, thankfully.

Part of being shortlisted means that you become part of the festival programme and you get to do a reading. Mine was on the Saturday morning and I think it was well received. The weird thing though is that in the audience are really really big names in the world of poetry, some of who appeared in my Leaving Cert!

I got to see two interviews. The first was with Eiléan NíCuilleacháin talking to Vincent Woods and the other was Doireann NíGríofa talking to Paddy Bushe. Both events were excellent and the time flew by. It was lovely to hook up with Doireann again. The last time I met her was in my first ever Bantry workshop with Ruth Padel and we’ve stayed in touch online.

Strokestown itself hasn’t much to do but the grounds of the Strokestown Park House hosts a famine museum, a gorgeous forest walk and gardens. Outside of that, we visited a playground with Emrys. We tend to like exploring our surroundings when we go away but in some ways it was nice to stay put in a very small village.

As for the big prize, I didn’t win it. That honour went to the well-known poet, Patrick Maddock. I was pleased with my reading and the event was interesting in terms of the fact that the judges explained why they shortlisted all the 10 poems. Maura Dooley spoke about mine and said some nice things. There were over 1,000 entries to the competition so to come into the top ten was a real achievement for me. Firstly, I never do well in single poem competitions and, secondly, because it was not a poem from Jewtown or with any Jewish link.

The main thing I felt about the festival was how cosy it was. It reminded me of the Festival of Writing and Ideas in Borris in so far as it was very small, in a big house and surrounded by the biggest names in poetry. It isn’t often you get to have a half hour conversation with the likes of Paddy Bushe, James Harpur and Vincent Woods but they were all there to have a good time and meet new poets. They were all very welcoming. I think I’ll probably enter the competition again next year.